It is important to follow the right court protocol before issuing a legal claim. Failure to do so can have unwanted consequences. Our team can help guide you through this process.

The overriding objective of the court is that formal legal proceedings should always be the last resort and avoided if possible.

The court therefore requires all parties to a claim to try and resolve all disputes prior to the commencement of formal legal proceedings – and do so in accordance with the Pre-action Protocols.  These are sets of rules as to how parties should engage and include some specialist rules (or “protocols”) for certain types of claim.

To comply with the Pre-action Protocols it is normally required that:

In complying with the Pre-action Protocols it is hoped that both sides should then have a clear understanding of each other’s position to try and settle matters without ligation and ultimately reduce costs.

If there is still no resolution to the dispute, the next step could be alternate dispute resolution (“ADR”), something our expert team is able to advise you on in more detail.

If none of the above help to settle the clam, then the next steps are usually

There is a general Pre-action Protocol applicable to all commercial litigation claims.  Where a specialist protocol does not apply, then both the claimant bringing the claim and the defendant receiving the letter before action must follow the general pre-action protocol guidelines.

For most general money claims, the general pre-action protocol requires that a letter before action is sent to the prospective defendant.  If this is not done, then in proceedings (later) there can be severe consequences (see below).

The objectives of the Pre-Action Protocols are to:

The Defendant / recipient of the Letter of Claim is then expected to provide a full written response within a ‘reasonable’ period which is usually 14 days. However, where the debt is a consumer or sole-trader debt owed to a company the relevant Pre-Action Protocol requires a response within 30 days.

The Defendant’s response ought to confirm which parts of the Claimant’s claim are admitted or denied, the basis for such and provide full details as to any counterclaim.

It is expected that the parties exchange documents and evidence in support of their respective positions and, where relevant, each side should try and obtain expert evidence at the Pre-Action stage.

The parties to a claim are expected to make appropriate attempts to resolve the matter without the need to commence litigation proceedings and ought to consider Alternative Dispute Resolution or ADR as it is also known. On some occasions the court may request that the parties’ evidence that they considered ADR at the pre-action phase.

The court will expect parties to have complied with the Pre-action Protocol relevant to their claim. The court has a range of powers to deal with parties which are in default of complying to the pre-action protocol.

If the Court decides that a party’s non-compliance with the Pre-action Protocol led to the commencement of proceedings which might otherwise have been avoided, or where additional costs have been incurred because of non-compliance, the court can order:

The costs sanctions are aimed to put the innocent party in the same position that they would have been if the Pre-Action Protocol had been complied with.

It is important that all parties to proceedings have a clear understanding of the Pre-Action Protocol relevant to the claim to ensure that they can comply accordingly.

If you have a claim that needs expert advice – our brilliant team at FWJ is here to help. Whether it is advice on Pre-Action Protocols or any other stage of your case, contact us, and let us help you today.

I was impressed with the quality of the service provided and with how easily accessible and approachable the team was. FWJ’s help meant that I was able to safeguard the jobs of my staff and ensure that my customers had uninterrupted access to services in what was an incredibly difficult time for me. I wish I had instructed them earlier. I cannot recommend them highly enough.

Our client, a claims management company, needed our help collecting professional fees which had been disputed by a private individual debtor. 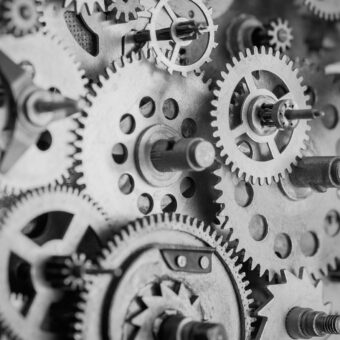